The Harvard-MIT Mathematics Tournament (HMMT) was first held in 1988. This year is its 20th tournament with over 1000 participants. Among high school mathematics tournaments, the HMMT is very influential and prestigious. It attracts the best high school mathematicians in North America. The entire tournament is organized by students from both Harvard University and MIT. Most of the organizers themselves had participated in the HMMT before.

Initially, the HMMT had been held only in February. Since 2008, due to the increase number of participants, the HMMT decided to add another tournament in November of every year. 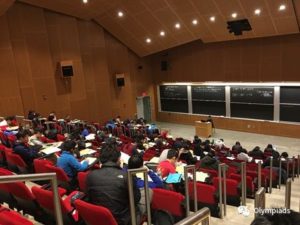 One of the competition auditoriums 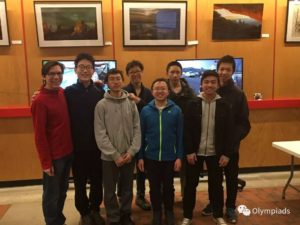 On the day of the tournament, all participants must compete in 2 team-oriented tournaments and 3 individual tournaments. The individual tournaments are separated into 3 subjects: Algebra, Geometry, and Combinatorics. Each of those tournaments is 50 minutes long. In the past, there was a Calculus tournament, but was canceled in 2011. The team tournaments are separated into 2 categories: Team round and Guts round. Team round is a 60-minute-long tournament in which students work together on a given number of problems in separate rooms. The Guts round is an 80-minute-long tournament in which teams compete against each other in the same room. The Guts round is a very exciting and nerve wrecking round. Each team is given a set of problems and can only proceed to the next set of problems if they finish the current one. As they work through different sets of problems, the team scores are updated live for everyone to see. 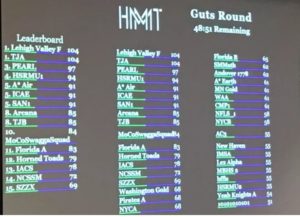 A screen shot of the live score board with 48 min and 51 sec remaining.

Olympiads School (Arcana) was number 8 at that time. 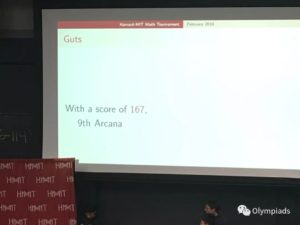 At the end of the Guts round, we managed to secure a 9th place out of more than 80 team. 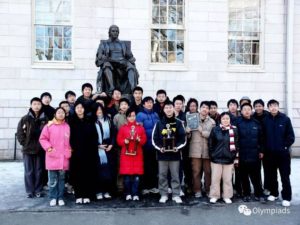 In 2008 and 2009, Olympiads School also participated in the HMMT and won a few awards too. After 2009, due to shifting priorities, we stopped organizing teams for the HMMT for a few years. In recent years, at the requests of parents and students, we decided to resume our participation in the HMMT. 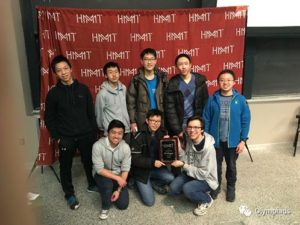 Team Photo after the award ceremony 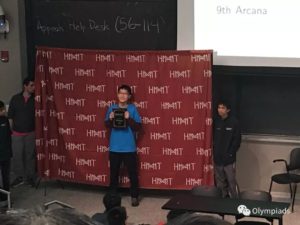 William Zhao receiving the Guts round award for the team 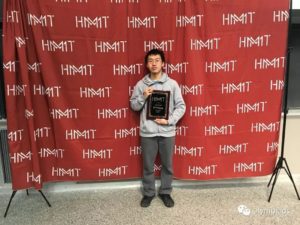 Victor Rong is the International Mathematics Olympiad silver medalist in 2017 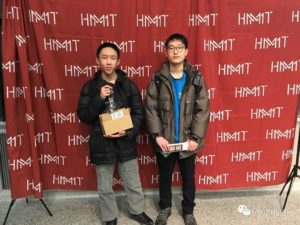 Olympiads School believes that HMMT is an amazing tournament for students. It’s an influential tournament that inspires students to strive learn. Because this is one of the few tournaments with team rounds, the HMMT also encourages students to work as a team and cooperate with one another.

In this tournament, Olympiads School’s students not only performed well in individual round, but also in team rounds, which shows that all of the team members worked hard and contributed to the overall team effort. This is why we were able to achieve amazing results.

For more information on the HMMT, please visit their official website: https://www.hmmt.co/archive/february/results/2018/