The IOAA 2021 was held between November 14 – 21. The host city was Bogota, capital of Colombia. A total of 49 countries participated this year. Due to the pandemic, every country held their own hosting site under strict guidelines from the organizing committee.  Since 2013, Canada has participated in teams every year.

This year, the Canadian team performed outstandingly in the IOAA, winning the team championship, one gold medal, and two bronze medals. 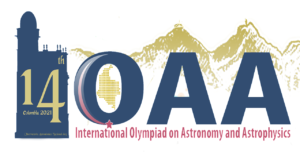 The IOAA was founded in 2007. The first IOAA was held in Chiang Mai, Thailand. It has been held for the last 14 years. In 2020, the IOAA held its first online competition due to COVID-19.

According to IOAA’s mission statement here, the main goal of the IOAA is to promote the growing interest in Astronomy and related STEM subjects, especially through the general education of young people, and enhancing the development of international contacts among different countries in promoting Astronomy and Astrophysics in schools. It is expected that, through events like the IOAA, more bright high-school students will be eager to study astronomy at the university level to become the next generation of astronomy and astrophysics professionals.

This year, Team Canadian won the team competition with a score of 112.5 points our of 115 points.

Every year, the Canadian team selects five students from the country through the Canadian Astronomy Olympiad. This year, all five students are from Olympiads School. They are Joey Zou, Hector Chen, Victor Gao, Simon Wu, and Daniel Yang.

Among them, Simon Wu and Victor Gao won the bronze medal, and Daniel Yang won the gold medal.

At the same time, we want to congratulate all the participants for winning the first place in the team competition due to their hard work.

In the 2020 IOAA, because it was held online, all participating countries were allowed to send two teams. Of the 10 students in Canada’s two teams last year, 7 were from Olympiads School.

Aside from the IOAA, there is another Olympiad competition called the International Astronomy Olympiad (IAO), which is not as influential as IOAA, but has a longer history. Founded in 1996, it is also one of the official Olympiad competitions. Canada participated in the IAO for the first time this year, and 4 of the 5 students came from the Olympiads School.

In the past two years, Olympiads School has provided students with extensive training in the astronomy competition to help students better prepare for the astronomy Olympiad.

We hope that all students who are interested in astronomy will dive deeper into this amazing field through its rich theory and astronomical observations.  Looking up at the starry sky can inspire students to expand their imagination and explore the mysteries of the universe and life.

Students who got into Top US - UK Universities in 2020